Ottawa, December 14, 2012 – The Minister of Citizenship, Immigration and Multiculturalism announced today the initial list of countries whose citizens will have their asylum claims expedited for processing because they do not normally produce refugees.

«It is remarkable that the European Union – with its democratic tradition of freedom, respect for human rights, and an independent judiciary – has been the top source region for asylum claims made in Canada. What’s more, virtually all EU claimants either withdraw or abandon their own claims or are rejected by the independent Immigration and Refugee Board of Canada.»

In 2011, of the total number of asylum claims filed by European Union (EU) nationals around the world, over 80% of were filed in Canada, even though EU nationals have mobility rights within the 27 EU member states. The majority of EU claimants do not appear for their Immigration and Refugee Board of Canada (IRB) hearing as they withdraw or abandon their own claims. Of all EU claims referred to the IRB, an independent tribunal, 91% were rejected last year.

As part of the improvements to Canada’s asylum system, the Protecting Canada’s Immigration System Act included the authority to designate countries of origin (DCOs) – countries that respect human rights, offer state protection, and based on the historical data from the IRB, do not normally produce refugees.

The initial list of designations covers 27 countries, 25 of which are in the European Union:

Additional countries will be designated in the months following the implementation of the new system, which comes into force tomorrow, December 15, 2012.

All eligible asylum claimants from a DCO will continue to receive a full and fair oral hearing on the individual merits of their claim in front of the independent, quasi-judicial IRB. The new system does not change in any respect the nature of these first instance hearings, which are conducted in a manner consistent with principles of due process and natural justice, and meet the requirements of the Charter of Rights and Freedoms, as stipulated by the Supreme Court of Canada in its 1985 decision R v. Singh.

Just as they do now, failed DCOs claimants will continue to have the option to seek appeal to the Federal Court to review a negative decision. However, they will not have access to the new Refugee Appeal Division at the IRB.

«In order for Canadians to continue to strongly support Canada’s tradition of providing protection to victims of persecution, they must have faith in the integrity of our asylum system,» said Minister Kenney. «With these improvements, we are ensuring that genuine refugees fleeing persecution will receive protection more quickly, while, at the same time, failed asylum claimants from generally safe countries will be removed much faster.»

To be considered for designation, a country must meet objective criteria related to the number of finalized asylum claims Canada receives from that country. For countries with 30 or more claims in any consecutive 12-month period during the three years preceding designation, quantitative criteria are used. At least 60% of claimants from the country must have withdrawn and abandoned their own claims, or least 75% of claims from a country have been withdrawn, abandoned, and rejected by the IRB.

In the case of countries with low numbers of asylum claims (i.e., no consecutive 12-month period with 30 or more finalized claims during the three years prior to designation), objective qualitative criteria are used, including the existence of an independent judicial system, recognition of basic democratic rights and freedoms and the existence of civil society organizations.

If a country meets these triggers, a thorough review is undertaken.

The United Nations High Commissioner for Refugees, Antonio Guterres, recognised that «there are indeed Safe Countries of Origin and there are indeed countries in which there is a presumption that refugee claims will probably be not as strong as in other countries.» And he has recognised the legitimacy of providing expedited processing for asylum claimants from those generally safe countries.

Many developed democracies use a similar authority to accelerate asylum procedures for the nationals of countries not normally known to produce refugees. These states include the United Kingdom, Ireland, France, Germany, the Netherlands, Norway, Switzerland, Belgium and Finland, among others. Some European Union (EU) states also have accelerated procedures for the nationals of other EU member states.

In fact, within the 27 member states of the EU, asylum claims from other EU nationals are considered to be manifestly unfounded. In many of these countries, claims by other EU nationals are considered inadmissible or are subjected to expedited processing. Among other things, this reflects that fact that EU citizens have mobility rights in all neighbouring EU countries.

The Protecting Canada’s Immigration System Act is expected to save provinces and territories $1.6 billion over five years in social assistance and education costs.

«Canada will continue to have the most fair and generous asylum system in the world,» said Minister Kenney. «We welcome 1 in 10 of the world’s resettled refugees, more than almost any other country in the world, and we are increasing that number by 20 percent.» 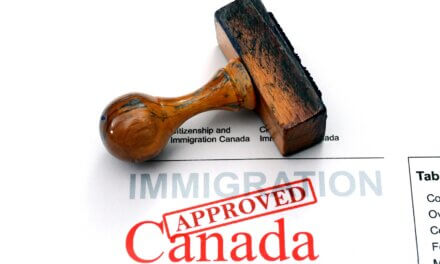